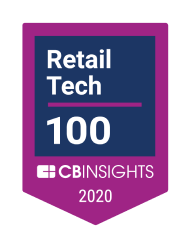 Amazon rattled the pharmacy world when it announced its new Amazon Pharmacy concept in late November. Competitors’ stocks fell from […]

Caring for Communities: How the Top 3 Retail Pharmacies Lead the Charge When Amazon announced they would expand its pharmacy services, analysts called it a warning shot for the top retail pharmacies. […] Note to reader: This is the second installment of our series on how the top retail pharmacies in the US—Rite […]

Top 3 US Retail Pharmacies: Are New Store Formats the Prescription for Success? Can’t Touch This: Contactless is Now a Must-Have for Grocers 3 Reasons Why Dollar Stores Are On The Rise When it comes to the rise of dollar stores, the numbers are somewhat staggering. Three-fourths of Americans live within five minutes […] The signs, they are a changin’. So are the coffees, the burritos and the fuel brands. Convenience stores are in […] In today’s rapidly changing retail landscape, it’s no wonder that one of the most basic human needs—food—is undergoing the biggest […] Imagine a world in which apparel retailers and manufacturers truly know what customers will buy. One in which they can […]

Key Takeaways from CB4’s Interviews with Top Women in Grocery There’s an old adage in tennis: to improve, play with those who are better than you. The same principle holds […]